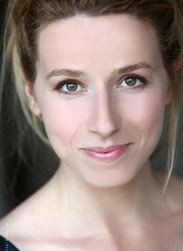 Multi-talented artist, Sophie began her artistic training by studying Dramatic Art with Mourad Mansouri and Guy Ségalen at the Ecole Nationale du Val Maubuée, and celtic harp in oral tradition with Didier Donon.
In 2006, she obtained a bachelor’s degree with distinction from London’s Guildhall School of Music & Drama, studying with Laura Sarti, whilst also pursuing her harp training there with Manon Moris. In 2004, as part of the Erasmus programme, she studied with Anke Eggers at the Universitat der Kunste in Berlin.
On returning to Paris, Sophie joined the Classe de Perfectionnement (postgraduate course) directed by Udo Reineman, focusing on vocal interpretation, particularly of the “Lieder” genre. Then, she worked during five last years with Chantal Mathias, teacher in CNSMDP and today she works with Lionel Sarrazin. In 2019, she joined Jonathan Pontier’s music composition class at Pôle Sup’93 CRR in Aubervilliers, where she quickly composed works for the ensembles Court-Circuit (Ode à la terre), Ars Nova (Souffle) and Accroche Note (Heureux celui qui n’a pas de patrie). In the spring of 2023, Sophie was chosen by the Philharmonie de Paris for her first commission. She writes a lyrical poem based on a work by the great Iranian poet Houshang Ebtehâj, which will be performed by the Multilaterale ensemble by Leo Warynski, and which she will sing herself as part of the springboard of emerging international composers. This year, Sophie is the winner of the new edition of the regional program «Creative Territories» and will create pieces of music for the Ars Nova ensemble through several residencies this year. In June 2023, she will create a work for the 2E2M ensemble, directed by Léo Margue.

In 2019, she joined Jonathan Pontier’s music composition class at Pôle Sup’93 CRR in Aubervilliers, where she quickly composed works for the ensembles Court-Circuit (Ode to the Earth), Ars Nova (Souffle) and Accroche Note (Heureux celui qui n’a pas de patrie). In the spring of 2023, Sophie was chosen by the Philharmonie de Paris for her first commission. She writes a lyrical poem based on a work by the great Iranian poet Houshang Ebtehâj, who disappeared last summer, which will be performed by the Multilatérale ensemble directed by Leo Warynski, and which she will sing-even as part of the annual springboard concert of emerging international composers. In June 2023, she will create a work for the 2E2M ensemble, directed by Léo Margue.

During her time in London, Sophie fell in love with early music and she trained with Emma Kirgby, Paul Esswood and Gérard Lesne. She was involved in the creation of an ensemble called L’oeil ou la lune? (The eye or the moon?). This gave her the opportunity to perform the music of English composers (Dowland, Purcell, Handel), and Italian composers from the early 17th Century (Caccini, Monteverdi, Marini, Strozzi and Rossi). In November 2012, she performed works by Schein, Schutz and Telemann in the Bordeaux area with the Sagittarius Ensemble, led by Michel Laplenie. Then she sung in a serie of concerts a programme of baroque arias with the Fidelissima ensemble conducted by Michel Maldonado in Festival Nits d’Eus in August 2018. In September 2018, in duet with Marco Horvat (Faenza ensemble), they played an italian songs programme from XVIIe century, accompanying their voices with their instruments (harp, theorbo, lirone, baroque guitare) in Journées du Patrimoine in the cathedral of Sarlat-la-Canéda and in the Abbaye Royale of Saint-Jean d’Angély. In June 2019, she is invited to sing and play harp in a programme of sepharadic melodies with the Baroque Nomade ensemble, conducted by Jean-Christophe Frisch, in Festival la Folia in Rougemont in Switzerland. Then she is invited as soloist in Festival Harfentreffen in Lauterbach in Germany.

Sophie performs regularly in Europe, in Asia and also in the US. Her knowledge of the baroque, classical and contemporary repertoires stems from her experience, her talent and her inquisitive nature.
She has performed both oratorios, such as Bach’s BWV 125 Cantata for Alto or Rossini’s Petite Messe Solennelle, and Operas, performing roles from Gluck’s Opheus (Orfeo) and Handel’s Rinaldo (Rinaldo) and Giulio Cesare (Sextus). She took the role of Penelope in Monteverdi’s Il Ritorno d’Ulisse in Patria in a GSMD production in London. She was Marcellina in Le Nozze di Figaro by Mozart, conducted by Amaury Du Closel with the Orchestre de la Radio Roumaine in the Château de Rochambeau. She also performed the title role in Offenbach’s La Grande Duchesse de Gerolstein in Paris during the winter 2010. In March 2015, She sung the role of Candelas in El Amor Brujo by Falla with the Mayenne orchestra, directed by Melanie Levy Thiebaut. In winter 2015/16, she performs the roles of Jacqueline in Le médecin malgré lui by Gounod in Saint-Etienne opera house, conducted by Laurent Touche, Carmen, in Carmen by Bizet in Saigon Opera House with the Ho Chi Minh Symphony Orchestra in Vietnam, conducted by Patrick Souillot and the title role in La Perichole by Offenbach. In November 2017, she will perform the title role in Frédégonde by Saint-Saens at the Saigon Operahouse. Then, she is invited in Festival Langtang, in isle of Reunion, to sing Carmen‘s arias with the IOSO Orchestra. This summer 2018, she is invited in a series of concerts a program of baroque airs with the Fidelissima ensemble during the Festival Nits d’ Eus in August. In September 2018, in duet with Marco Horvat, they played a XVIIème century italian program, aaccompaniying their singing with their instruments (harp, theorbo, lirone, baroc guitar ) in Journées du Patrimoine in Sarlat-la-Canéda cathedral and Royal abbey of Saint-Jean d’Angely. In June 2019, she is invited to sing and play with her harp in a sefaradic program with Le Baroque Nomade, conducted by Jean-Christophe Frisch, in Festival la Follia in Rougemont in Switzerland and as a solosit in Harfentreffen Festival in Lauterbach in Germany. This season 2019-20, she will sing Carmen  in Carmen Flamenco, a show by the cie Influenscènes in several theaters as Montaigu, Belley, Liffré, Saint Lô, Lagnes, Douvres La Délivrande, Trébeurden, etc… In July 2022, she will perform respectively the roles of Carmen and the storyteller in the shows Carmen Flamenco and Vienna 1913 at the Festival d’Avignon. 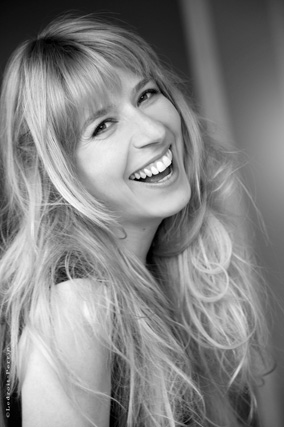 With a keen interest in contemporary music and creation, Sophie has worked with many composers and ensembles (Sequenza 9.3, Les Eléments, Les Siècles). In June 2009, she was invited to perform the roles of Galathée and Bergère in the World premiere of the contemporary opera Pastorale by Gérard Pesson, conducted by Jean-Yves Ossonce and staged by Pierrick Sorin at the Théâtre du Châtelet in Paris.
She performed a program of works by Berio (Folksongs), Berberian (Stripsody) as part of the Musique Libre Festival in Besançon, in October 2011. She also performed the soloist part in Jean-François Peyret ‘s new creation “Re-Walden“, conducted by Alexandros Markeas at the EMPAC, New York in March 2012. In April 2012, she joined June Anderson and Sumi Jo, performing the role of Nancy Tang in John Adams’s Nixon in China at the Théâtre du Châtelet, conducted by Alexander Briger and staged by Chen Shi-zheng. Then, she joined the Balcon Ensemble to perform the role of Alejandra in the world premiere of L’enfer Musical by Marco Suarez-Cifuentes, conducted by Maxime Pascal. Last springtime 2015, she created the role of Philandre in Benjamin Attahir’s opera Pastorale d’Issy. She appears in a series of concerts on prestigious stages such as the Ferme du Buisson in Noisiel, The Maison de la Musique in Nanterre, The Metz Arsenal, the Massy opera house, the Théâtre de l’Archipel in Perpignan, the Evreux Louviers Theatre, the Briquetterie du Val de Marne, the Nuits sonores in Lyon and the Philharmonie de Paris, the Rouen Opera House, Odyssud in Blagnac, opera house of Darmstadt and Wiesbaden, (etc…)  where she performs works by Steve Reich with the Links Ensemble.